Although Seattle seems to be the current capital of the coffee world, coffee drinking appears to have first developed in Yemen during the 15th century. By 1640, the first reported coffeehouse was opened in what is known today as Istanbul, Turkey.
See Aslo:

The unique taste, aroma, body, and method of preparing devised during the days of the Ottoman Empire survives to this day and are even considered an Intangible Cultural Heritage of Turkey according to the United Nations Educational, Scientific, and Cultural Organization.

The following guide will show you how you can enjoy the ancient tradition of Turkish coffee.

What Is Turkish Coffee?

Turkish coffee refers to a method of preparation rather than a specific type of coffee bean. It is a form of unfiltered coffee where the roasted beans are ground even finer than what you would use for espresso. The coffee is simmered in a copper pot called a cezve or ibrik and then served in small cups where the grounds are allowed to settle to the bottom. Turkish coffee can be found in the Middle East, Indonesia, Eastern Europe, the Caucasus, Northern Africa, and the Balkans. 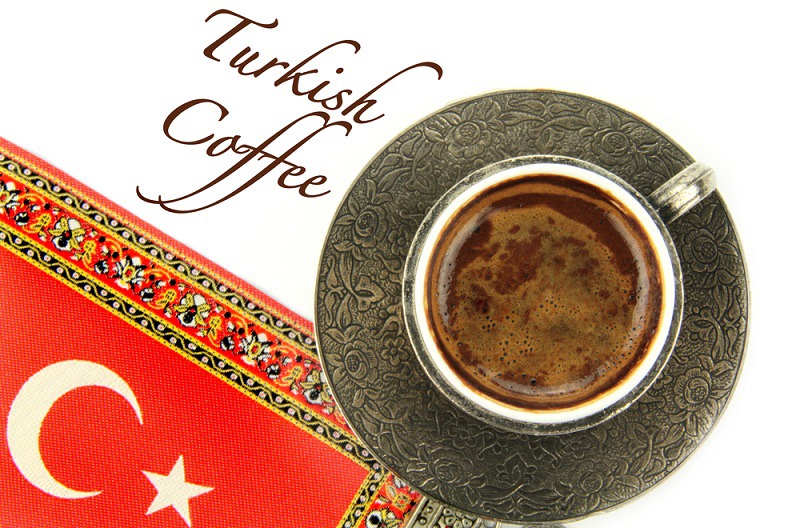 To make Turkish coffee, use 1 cup of water to 1 tablespoon of ground coffee. These ratios can be adjusted slightly to suit your personal preference.

Turkish coffee is very strong, so you can adjust the level of sweetness to your taste. The sugar is added during the cooking process, not afterward as with American coffee preparation. Turkish coffee comes in four variations depending on the amount of sugar added.


You can also add extra aroma and flavor by adding a cardamom pod to the cup.

How to Make Turkish Coffee 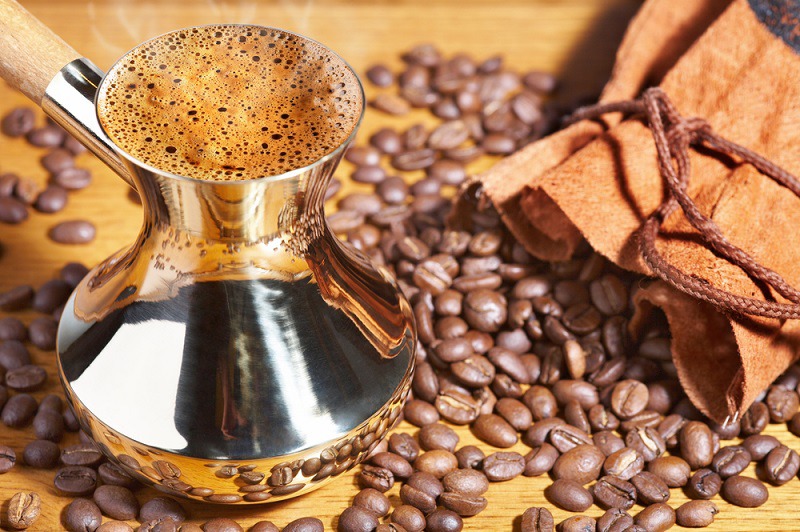 Before making your Turkish coffee, you will need to gather the necessary supplies and equipment. You will need the following items.

How to Drink Turkish Coffee 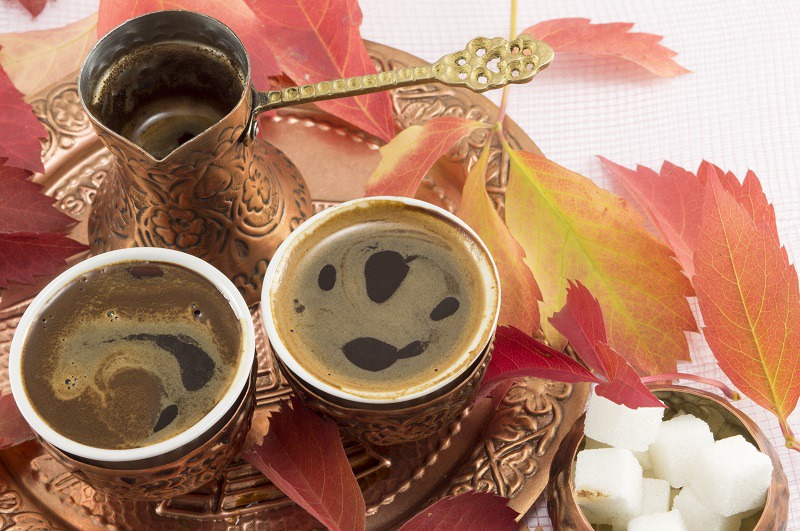 Once you know how to make Turkish coffee, you will need to know the proper serving technique. Turkish coffee is traditionally served in 3-ounce demitasse cups or in a Turkish coffee cup called a fincan. You want to warm the cups by keeping them filled with warm water while you are making your coffee.

Turkish coffee is also normally served with a glass of water. It is customary to drink a sip of water before enjoying the coffee to cleanse the palate. It is important to remember that Turkish coffee is a treat that is meant to be sipped and savored, so find a comfortable place to sit back and relax.

There is a common superstition that says that the grounds from a cup of Turkish coffee can be used to tell fortunes in a practice called tasseography. After drinking the coffee, the cup is turned over and allowed to cool. The pattern left by grounds is then interpreted to read the coffee drinker’s fortune.
Read More: Best Coffee Makers